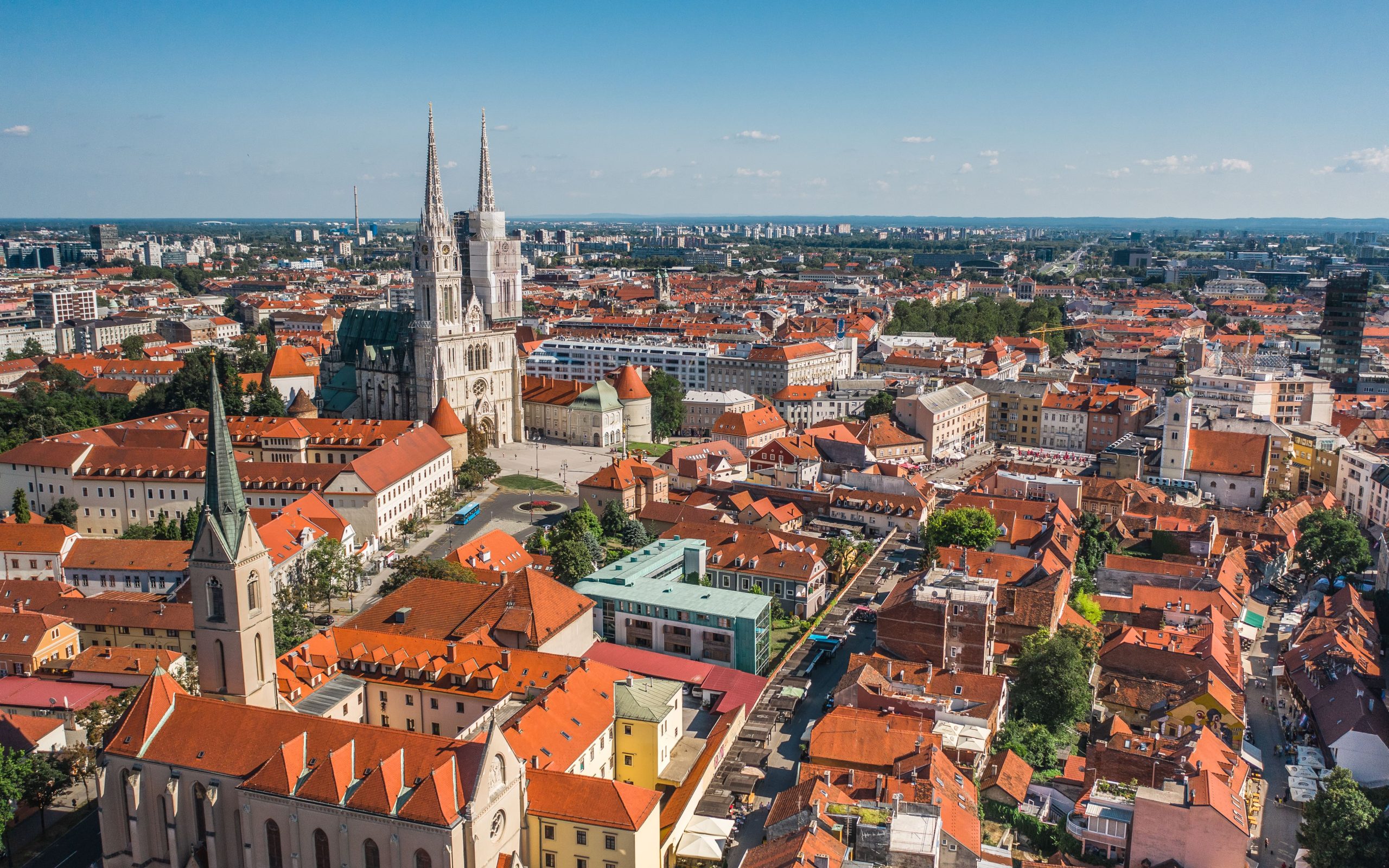 By bringing together participants from all over the world through the Youth Business Camp program, we provide new knowledge or upgrade existing knowledge to all those who understand that knowledge is the basis of competitiveness, creation, survival, and leadership in the field of business we encounter at every step of our lives.

Through our program, we will gather students who we will inspire in order to become leaders within their interests and provide them with orientation support in continuing their global education. 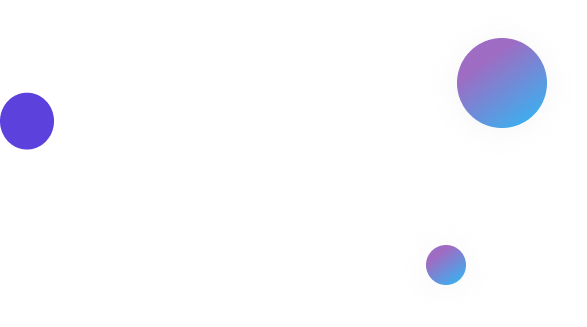 Enriching the lives of youth through one of the greatest experiences in their young lives. Exposing youth to the lifestyle of a college student so they can be prepared for their freshman year or to be empowered to start an entrepreneurial journey. Values we teach are integrity, critical thinking, creativity, teamwork, courage, and community. We are proud to be a part of the World Change Management Institute family.

WHERE CAN YOU JOIN US?

The Republic of Croatia, is classified as a medium-sized European country. The main cultural, economic, political, scientific, social, and business center of Croatia is in Zagreb. Zagreb is the capital. The next significant city in the Republic of Croatia is Split. Croatia can be proud of various natural resources and beauty spots, national parks, the geopolitical position, and – most importantly of all – the Adriatic Sea with a coast having a length of 31.067 km2 and with 1244 islands. It is very simple to start a business in Croatia as the foundation can usually be completed within a few days and there is a large tendency to reduce administrative requirements. After the foundation of a company in Croatia, it is necessary to keep business books and submit reports to the Tax Administration. In most cases, the entrepreneurs entrust the external associates i.e. the accounting services with that part of the work. Most of the government-run services have B2G systems which are very easy to use after the acquisition of an appropriate certificate. 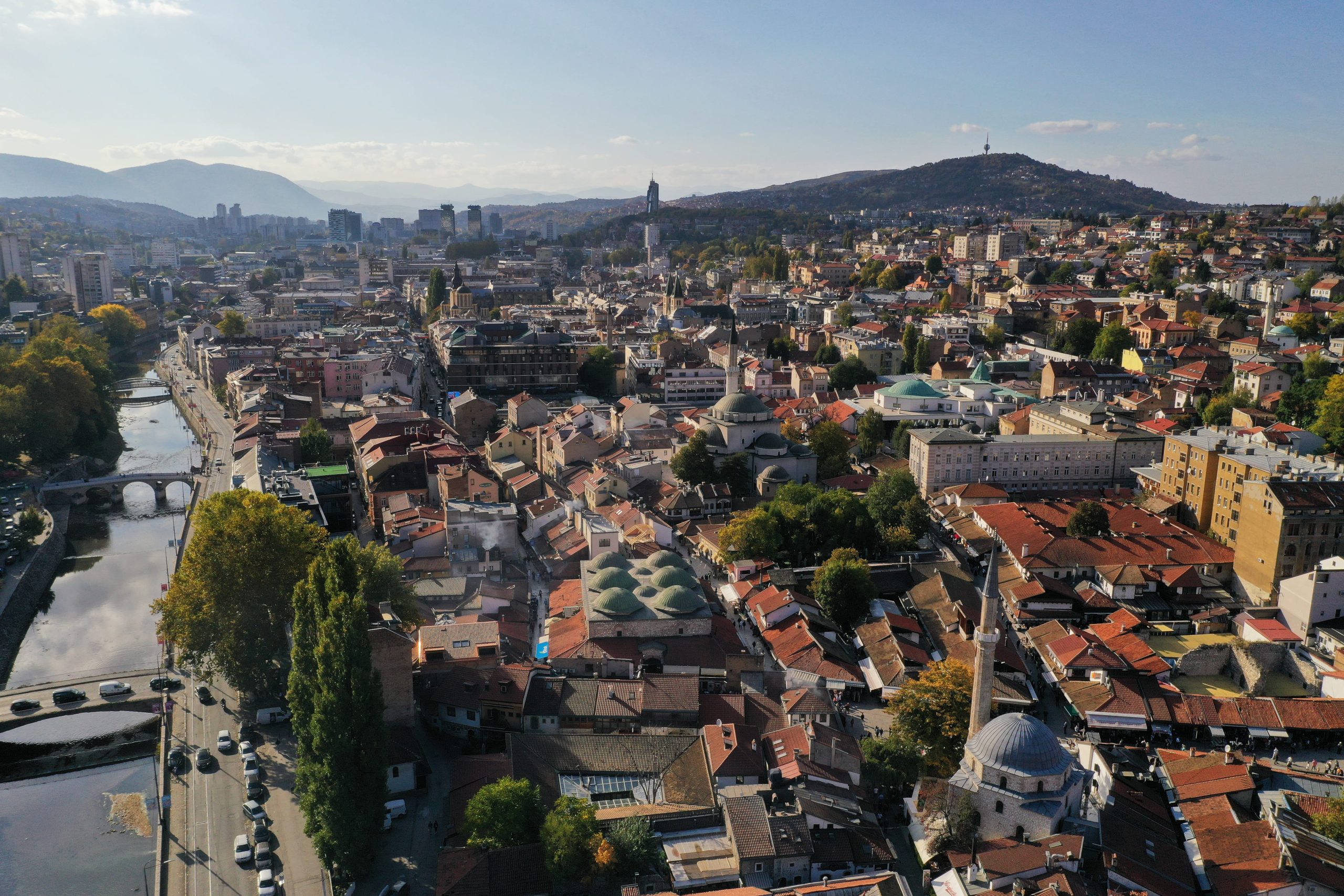 The land of friendly people and the best coffee. The country is mostly mountainous with breathtaking scenery and well-preserved nature. Its most interesting landmarks are the blue rivers, canyons, waterfalls, and bridges. Bosnia and Herzegovina has been nicknamed the “Heart-Shaped Land” because of the country’s slight heart shape. Do you think of the Amazon or perhaps the Congo when you think of jungles? We do not really blame you, but did you realize that Europe still has a magnificent, pristine jungle? Perucica, on the Montenegrin border, is one of Europe’s two remaining primeval forests. Perucica has several 300-year-old trees, and the undisturbed forest vintage stretches back 20,000 years. Bosnia and Herzegovina is also known for their movie festival: While Sundance and Cannes are more well-known, serious cinema connoisseurs go to the Sarajevo Film Festival every year. The Sarajevo Film Festival, now one of Europe’s largest, attracts more than 100,000 guests each year. The festival’s founders couldn’t have anticipated such a massive turnout when they established it in the fall of 1995, right at the height of the siege. However, almost 15,000 cinema fans attended the first year, demonstrating the film’s power to provide an escape. 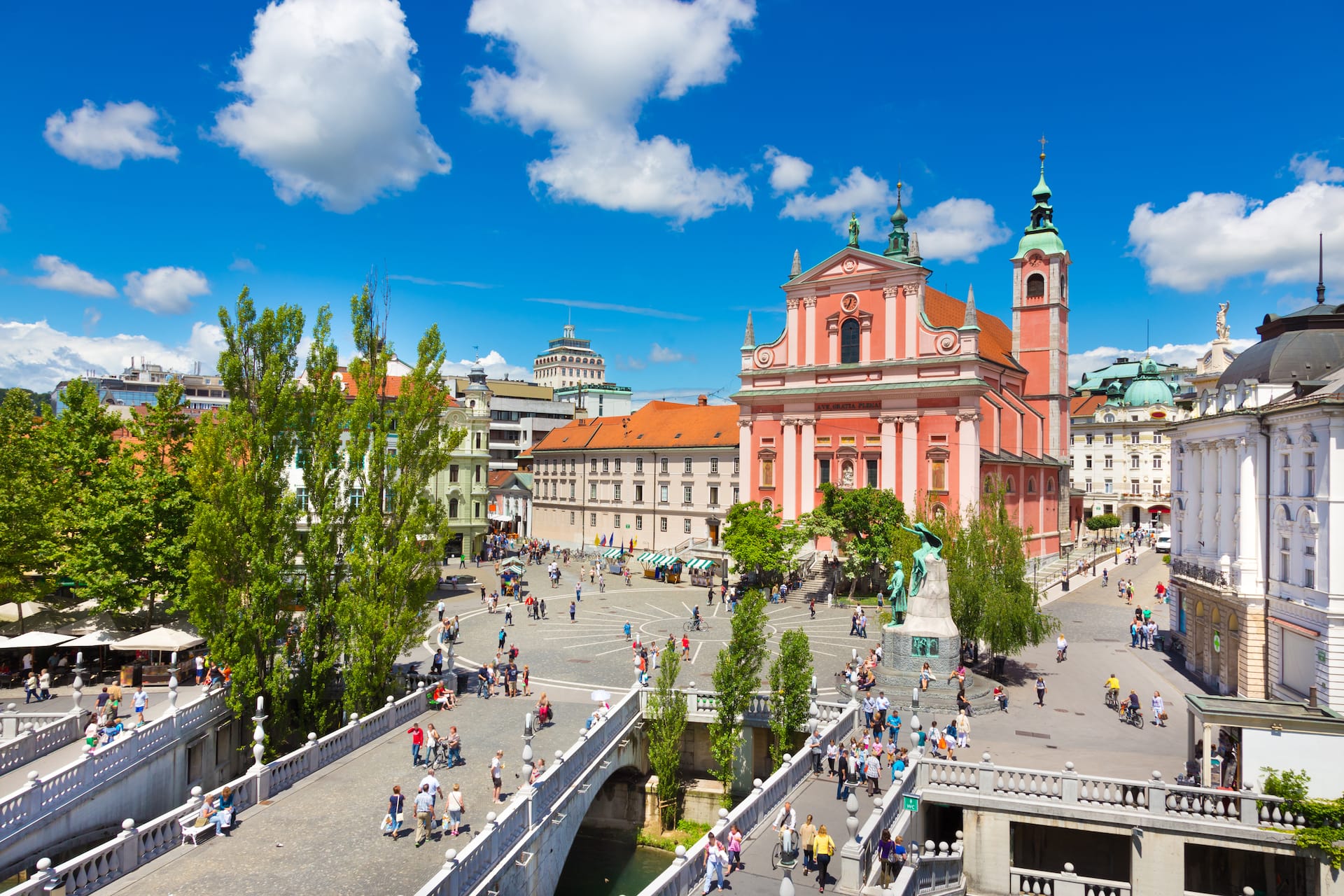 Tucked away on the edge of south-central Europe, Slovenia’s geographical location and, until recently, relative obscurity, are the very things that have made it such a special place to visit. Its diversity and fantastic weather over such a small area have made it a hub for lovers of the great outdoors. Slovenia is green ecologically and environmentally. Slovenia is a small country but its position at one of the European geographical, cultural, and historical crossroads has endowed with a rich variety of sights and attractions easily accessible from the vivid capital Ljubljana. People in Slovenia are known as happy, vibrant, and fun-loving. Slovenia is one of the safest countries, ranked no. 5 in the world on the Global Peace Index in 2021. By visiting Slovenia you may fall in love with the country and its incredible scenery. Discover Slovenia at your own risk!

HOW DO WE HAVE GOOD TIME?

We have delivered new knowledge, new connections, we have created new life memories and new friendships, we simply inspire entrepreneurship, motivate, give new energy, new motivation, and orientation. By creating together, we create new values ​​for each of our students, share knowledge and create new opportunities for the future.

We have camps in Croatia, Slovenia and BiH

Come, join us in different countries. Expand your knowledge, see your way into business world. 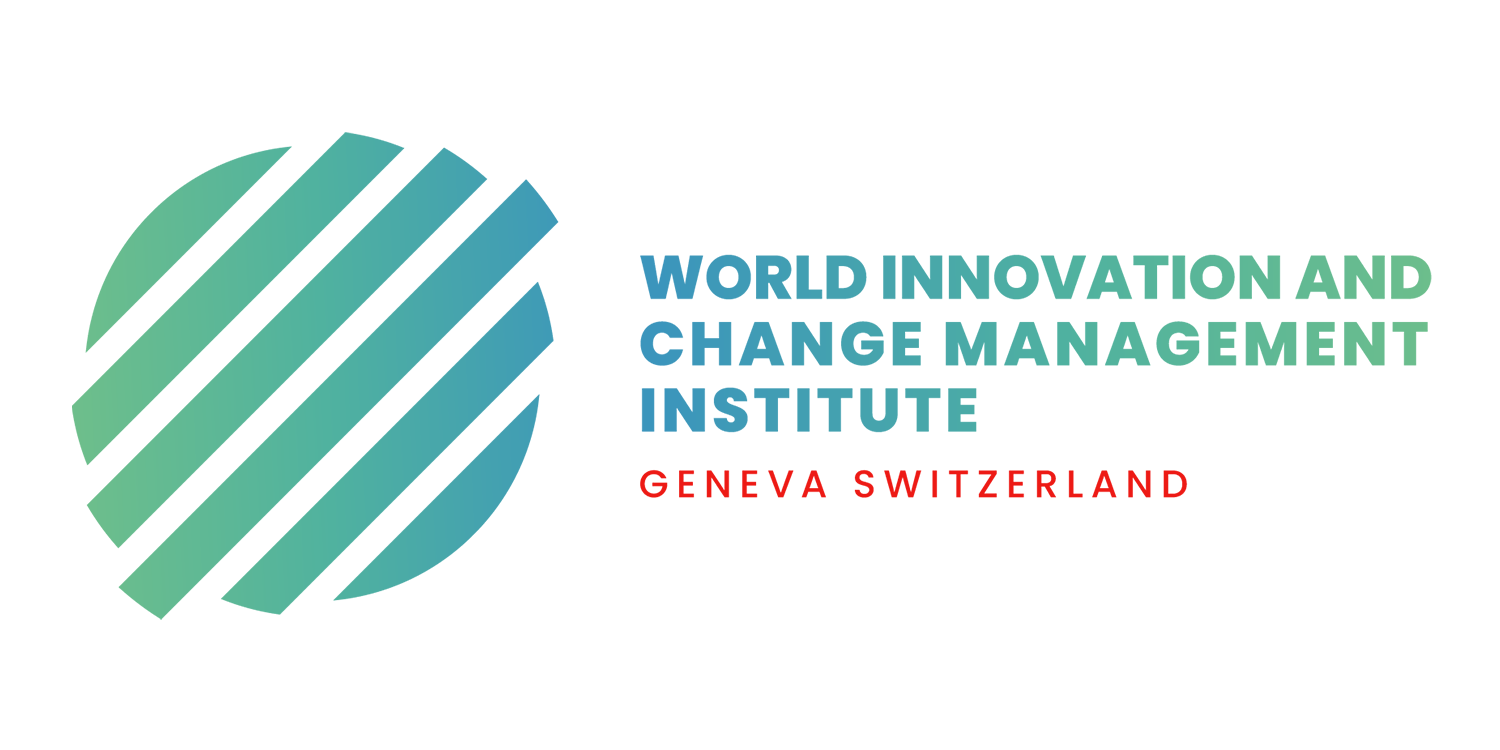 Upgrade your knowledge for your success

We learn through life because things are constantly changing around us. Creativity is hidden in every person and everyone can be a leader and everyone can be an entrepreneur if he wants to. That is why he needs knowledge and skills. Skills are acquired through years of practical experience, and we, through our program, offer the acquisition of new knowledge that inspires our students and opens new opportunities for them. Be different from others, be competitive. Discover potentially new professions and your life direction of schooling, take matters into your own hands, I believe that those who love you the most, and that is your parents, will recognize our values ​​based on the motto Share the knowledge Share the experience. Welcome to the Youth Business Camp, the World entrepreneurship program. 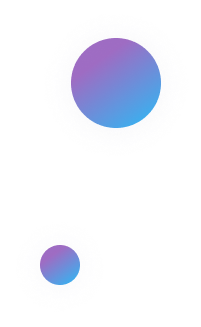 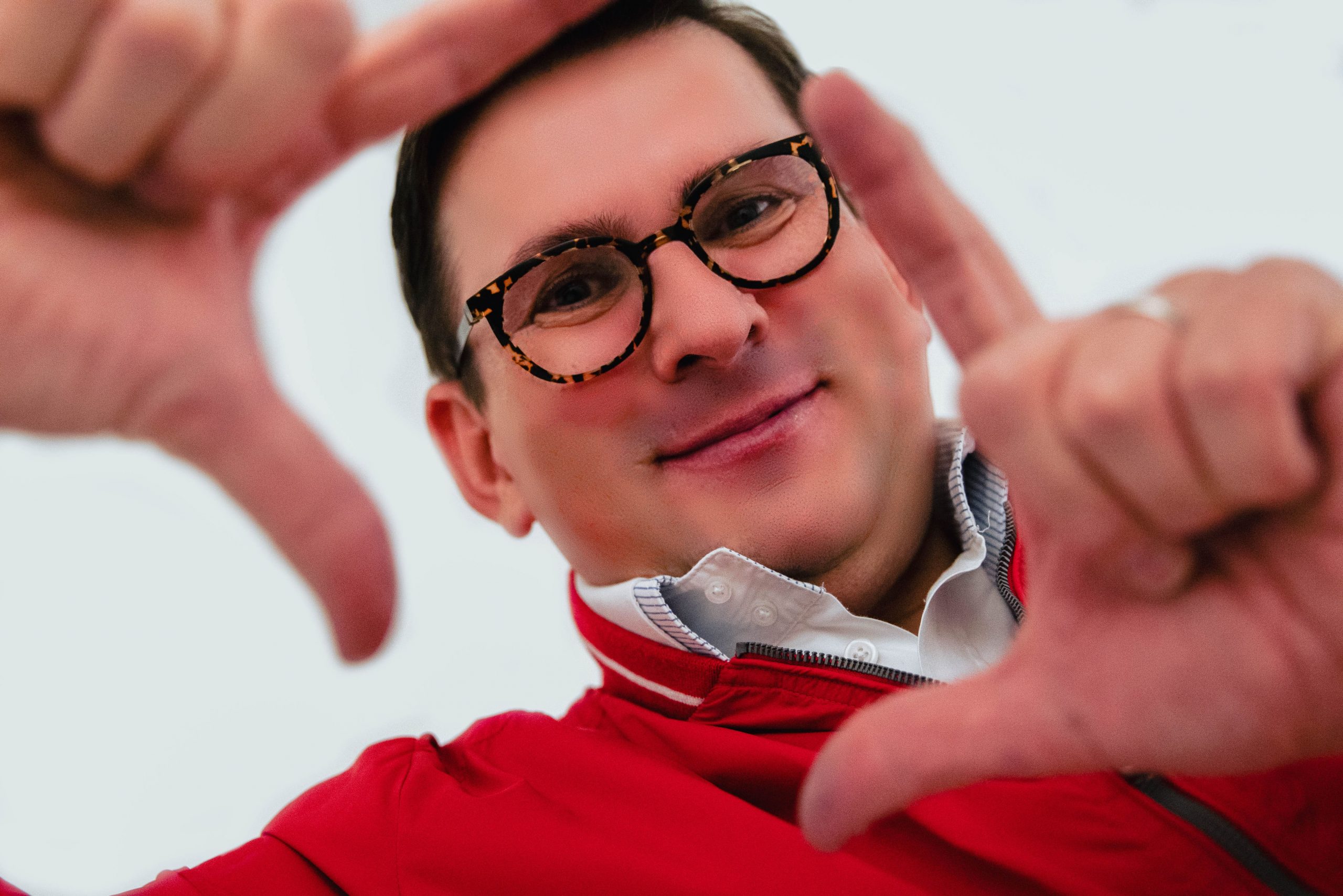 Educational adventure for youth who are ready to enter the world of entrepreneurship. Learn basics of every business decision, how to plan projects from idea to realization, and much more.

Examine the many financing options available to get your new venture funded.

Digital transformation is one of the most important strategic challenges facing businesses. Creating new ways to connect, collaborate and conduct business, digital technologies have the power to transform the delivery of existing products and services and inspire new ones.

Non-fungible tokens (NFTs) seem to have exploded out of the ether this year. From art and music to tacos and toilet paper, these digital assets are selling like 17th-century exotic Dutch tulips—some for millions of dollars. An NFT is a digital asset that represents real-world objects like art, music, in-game items, and videos.

Shopping cart
There are no products in the cart!
Continue shopping
0